It’s hot one day, raining the next, seeds sprout, flowers bloom, then are tipped by late frost.  Our dreams stop-and-start, shake us awake, soothe us with beauty. It must be spring!  Time to tuck in with a pot of Laduree tea* (Marie Antoinette is a light, sublime and mysterious favorite, discovered in Paris last summer)… and to consider where we are in our creative process. 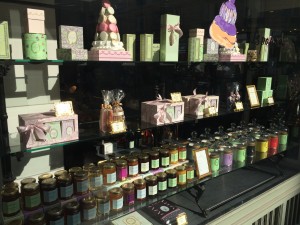 Inspiration came calling (stage one), you incubated new ideas and feelings and thoughts and plans (stage two), you sought illumination through your dreams to point the way (stage three), and you began your new project. Now it’s time for the last of the four stages of the creative process:  Verification, or… will it work?

Mimic the season of spring within your own mind.  Imagine your idea, plan, project as a plant just beginning to grow, breaking free of the soil in which it grew.  It takes time to tell whether or not this one will survive, or if you must enrich and till the soil, and then plant again.

Experiment with asking yourself, ‘what do I need to help this [plan, idea, project] grow?’  Before you go to sleep tonight and for the next few nights, ask yourself this question several times, as you drift off to sleep.  In the morning, write down any dreams you’ve had.  Remember, we have only 3 seconds once we open our eyes to remember a dream, so try to go over it first in your mind.  Consider your dreams a response to your question (for some dreamers, it takes two or three nights to remember something pertinent–don’t give up!).

Then, take action.  Verify!  If you do that thing or give yourself that experience, or receptively wait for that quality to appear, does it help your project grow?  Will it work? Keep at it, and eventually the answer will be yes! 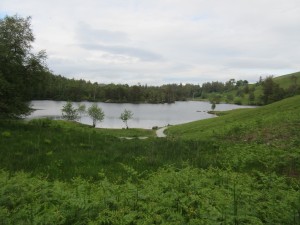 (Feel free to email me with comments or questions; comments are closed, and I’m ignoring the ~15K spam-ish ones.  :)

International dream expert, Dr. Veronica Tonay, earned her masters and doctoral degrees in psychology from the University of California at Berkeley in the early 1990s. She has been a licensed psychologist in private practice since 1997 (CA PSY 15379), and has taught psychology courses to undergraduates at the University of California at Santa Cruz since 1989.  Her work has been featured for over 25 years in many media outlets, such as Psychology Today, NPR Public Radio, abcnews.com, and The Chicago Tribune. Dr. Tonay was featured dream expert on the Discovery Health TV Channel's 3-episode miniseries, Dream Decoders. She has organized several dream conferences for the International Association for the Study of Dreams, and has published journal articles and three books, including: "The Creative Dreamer, Revised: Using Your Dreams to Unlock Your Creativity" (Ten Speed Press/Celestial Arts) and "Every Dream Interpreted," published in London by Collins & Brown.  She lives with her husband, Steven, in Santa Cruz, California, gardening, painting, writing, dancing, and dreaming.
View all posts by Veronica Tonay →
This entry was posted in creative process, Creativity, Dream incubation, incubation, inspiration, stages of creative process, verification and tagged creative dreamers, creativity and dreams, dream incubation, dream interpretation, incubating dreams, inspirational dreams, tonay. Bookmark the permalink.